Through partnership with The University of Strathclyde, CoolLED are excited to announce the latest leap forward in LED illumination for microscopy – the pE-340fura

The pE-340fura is a bespoke LED illuminator for Fura-2 imaging which also supports everyday fluorescence microscopy in a compact and affordable package.

Based on the highly successful pE-300 Series the pE-340fura has benefits from many of the same features:

More than just a replacement for traditional approaches

Pre-launch testing of the pE-340fura has confirmed some exciting benefits for Fura-2 users:

Keep in touch by registering to hear more about the pE-340fura . 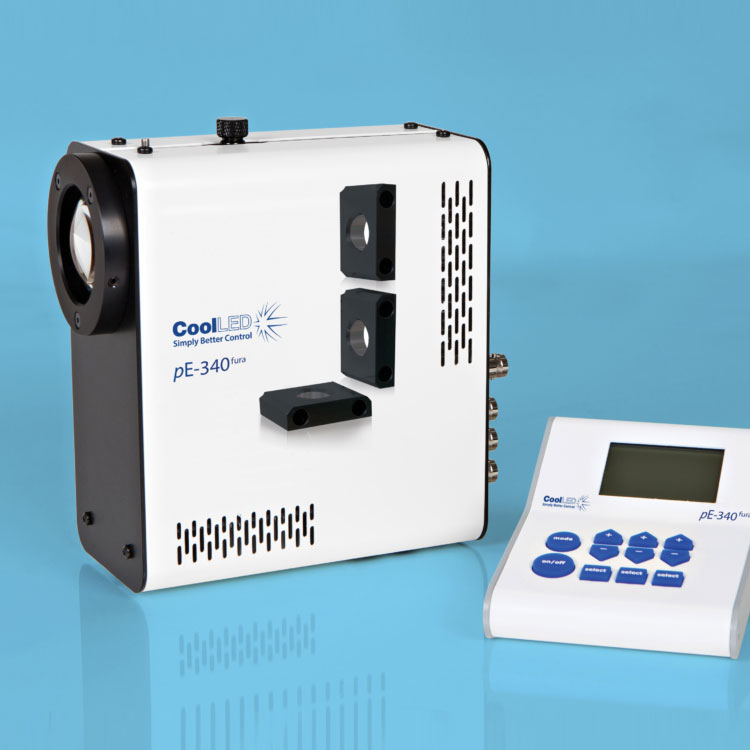