We investigated the synaptic vesicle cycle at hippocampal synapses using Channelrhodopsin-mediated optogenetic stimulation of neurons, in combination with high-pressure freezing and electron microscopy. By a newly developed “flash-and-freeze” approach, we could capture the fusion of vesicles 2 ms after the light flash, and demonstrate “ultrafast” recycling of synaptic vesicle components within 100 ms after stimulation. Ultrafast endocytosis takes place at the edge of the active zone, thus it is locally separated from the exocytosis, and is temperature sensitive. The morphological analysis was supported by electrophysiological experiments, for which we employed a CoolLED pE-2 system equipped with a GYR-LED and a combined 400 / 470 nm LED. Cell-attached measurements revealed neuronal spiking within 4.8 ms after the onset of a blue light flash, which was used to calibrate the timing of the flash-and freeze experiments. For pharmacological testings, we used a novel “mixed culture” setting, in which most neurons express Channelrhodopsin2-YFP, while Channelrhodopsin-negative cells express the red fluophores mKate2. This experimental setting allowed us to record postsynaptic currents elicited by light stimulation of Channelrhodopsin-positive neurons synaptically coupled to the postsynaptic, Channelrhodopsin-negative neuron, avoiding contamination of the postsynaptic currents by light-induced currents. 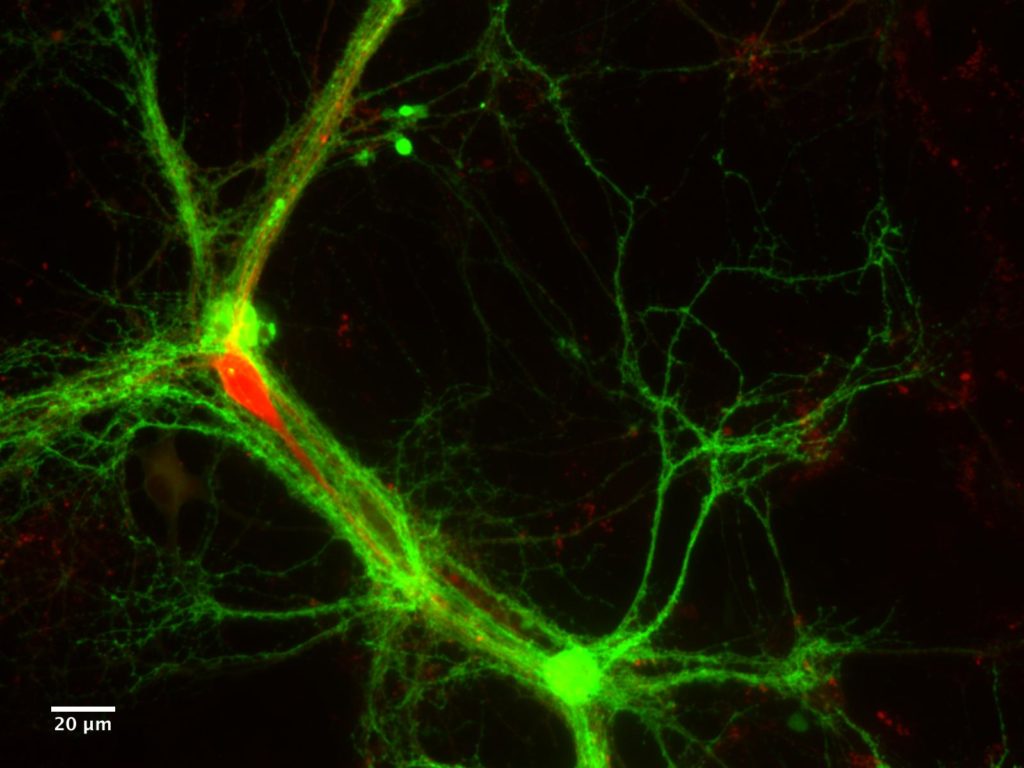 Finally, by performing paired-recordings we showed that transmitter release evoked by Channelrhodopsin-stimulation is indistinguishable from release triggered by an action-potential.

Taken together, our experiments revealed a novel mechanism of synaptic vesicle endocytosis that more than 10 times faster than previously described endocytic mechanisms.

Links to the article:

Comments on the article: