Patch-clamp electrophysiology is a widespread method for analyzing the intrinsic properties of neurons and the local connections between them. In recent years, the availability of transgenic mouse lines labelling specific subsets of neurons throughout the brain, has enabled new approaches to analyzing neuronal circuits and studying neuronal diversity across the brain.  We are using a CoolLED pE-4000 illumination system coupled to a patch-clamp microscope to visualize tdTomato-labelled layer 5 pyramidal neurons in mouse brain slices and target them for intracellular patch-clamp recordings. 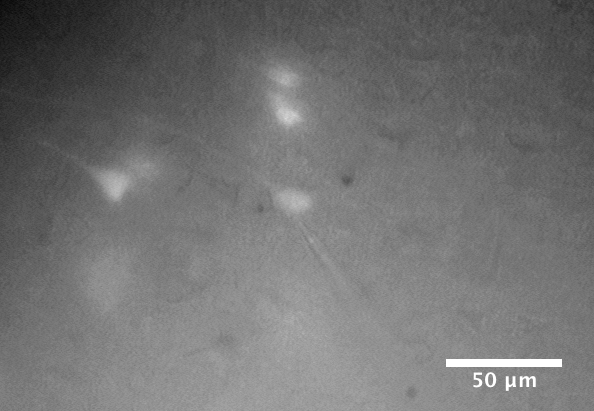 Brain slice containing live layer 5 pyramidal neurons during a whole-cell patch-clamp recording. The patch-clamp electrode is attached to the soma of a fluorescent tdTomato-labelled neuron in the centre of the field of view.

The connections between neurons are often studied by patch-clamping a neuron and measuring its postsynaptic potentials during electrical stimulation of presynaptic neurons.  For long-range connections between neurons in different brain regions, however, the axons are often severed during brain slice preparation. An alternative method for targeted stimulation of presynaptic neurons, made possible in the last decade by the development of optogenetics, is to express light-sensitive ion channels in their membranes.  Even after the axons are severed, their synapses can then still be directly activated with short light pulses.

Since optogenetic methods were first developed, many opsins have become available, with different kinetics, ion permeability, and wavelength sensitivity. The large range of wavelengths available in the CoolLED pE-4000 and the ability to digitally trigger them with millisecond precision when stimulating neurons allows greater flexibility in choosing the most appropriate opsin for a given experiment and stimulating it at the peak of its excitation spectrum. If two such opsins have sufficiently separate spectral sensitivities, such as Chronos (blue-sensitive) and ChrimsonR (red-sensitive), they can be expressed in different populations of neurons and controlled independently to assess each population’s contribution to network phenomena or to the activity of individual postsynaptic neurons. 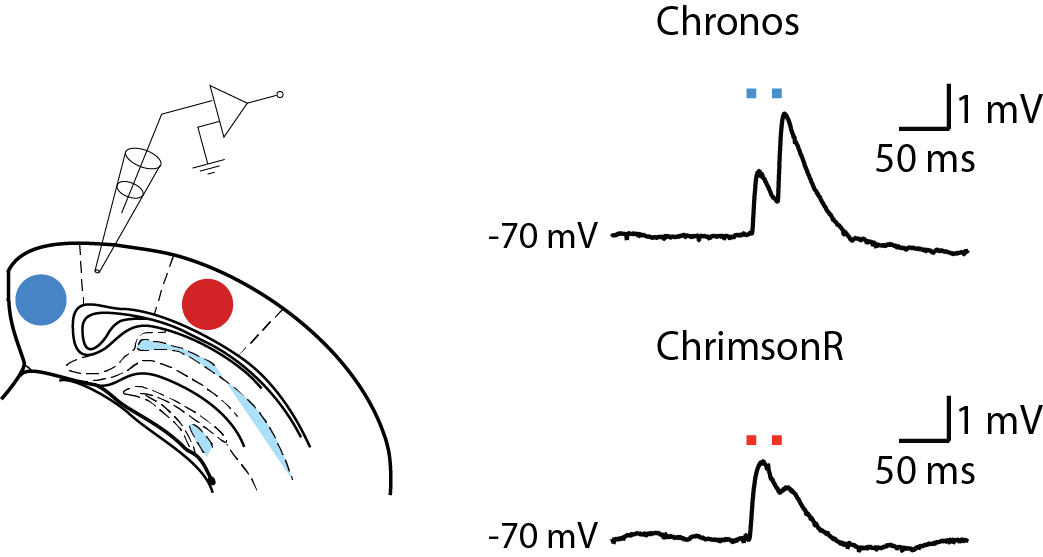 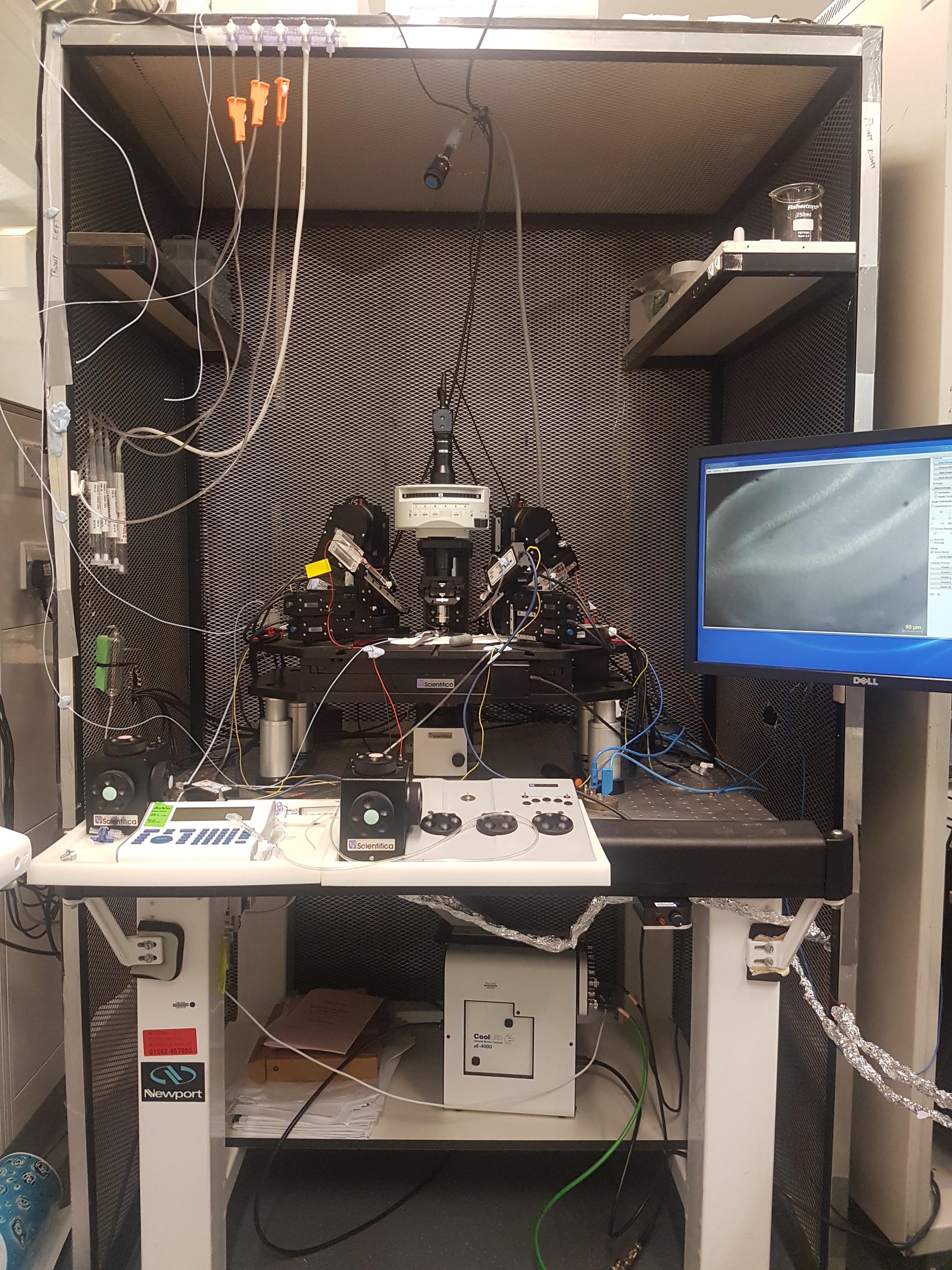 Scientifica SliceScope Pro 3000 Patch-clamp rig with a CoolLED pE-4000 (below the air table) coupled to the back of the microscope through a liquid light guide to illuminate the brain slice through the objective.