LEDs in Microscopy – Improved imaging with reduced impact on the environment

LEDs in Microscopy – Improved imaging with reduced impact on the environment

One of the most iconic symbols in science today remains the microscope. The first microscope was invented by Cornelis Drebbel a Dutch glass maker, who thanks to his own invention, also was able to discover the first cells. Lining science teaching labs across the UK, the microscopes are still vital to discovery and facilitate the visualisation of fractions of nanometres. With time though microscopy has grown immensely in complexity, performance, and variation. Today they differ greatly from the first pearl shaped balls of glass that Drebbel created, and as their performance and capability has evolved so has their sources of light. 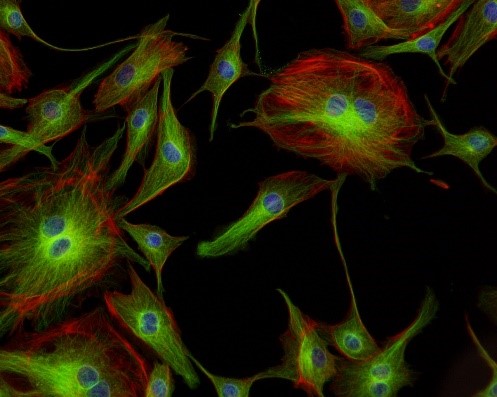 LEDs have slowly become standard practice for room and office lighting largely thanks due to their extended lifetimes and energy efficiency when compared to traditional incandescent bulbs, and similarly LEDs have slowly grown as a source of lighting for some methods of microscopy. Light sources in microscopy typically came from mercury-arc bulbs, which contained the non-recyclable and very toxic substance mercury. Bulbs were practical but had issues, including breaks being common leading to potentially dangerous spills. Also, bulbs would produce immense amounts of heat causing both samples to warm as well as typically window-absent rooms to require notable air-conditioning.

LEDs became an obvious alternative, albeit improvements were required in wavelength control. As with many new technologies, their benefits were not obvious and costs were high. To help address some of these issues, sustainability and research staff at King’s College as well as University of Edinburgh performed whole-life costing on LED units. What surprised sustainability staff was the level of savings associated with the purchase of an LED system. Their upfront costs appeared significantly more expensive, but that was until electricity and particularly bulb costs were factored in. Bulbs break often, can be left on, and while some users stretched their usage most found regular replacement necessary. Bulb brightness can wane significantly, affecting results, and the heat released can be unpleasant to workers as well as excite samples again affecting results. LEDs released no heat and thus didn’t accelerate reactions, and their brightness never wanes providing consistent lighting to samples. Users reflected this, as CUI Director Roland stated; “the new light lifetime is significantly longer and their light module far more versatile than before.  As such it’s probably easily offering technical as well as environmental benefits”. Manager of the Nikon Imaging Centre at KCL, Daniel Martin concurs; “LED systems have improved to the point that they are the obvious choice when selecting a light source for an epifluorescence microscope. They pretty much match metal halide systems in terms of brightness, are far more versatile in terms of wavelength selectivity and completely out-perform them in terms of lifetime and running costs.”

Final estimates on saving can vary greatly depending on spectral breadth of LED systems and comparable fluorescent units, but based on whole-life costing the LED systems will save a researcher between £8,000-25,000. The bulk of savings come from no longer requiring bulbs, as well as reduced energy consumption in cooling and for the lights themselves. To validate energy savings, comparable microscopes were compared using different light sources. One held a Metal Halide bulb which utilised 161 watts when in use, vs. an LED set-up (CoolLED pE-300ultra) which used 80 watts when imaging though 1.6 watts in standby. Note that while the metal halide bulb needed to remain on constantly, the LED only went to 80 watts when actually imaging for seconds at most before reverting back to 1.6 watts. Thus, the metal halide bulb was using about 100 times more energy, particularly when considering supplemental cooling required for the heat output.

LED systems are now installed in the newly opened CUI as well as the Nikon centre and may be utilised by staff across the college as well external researchers. 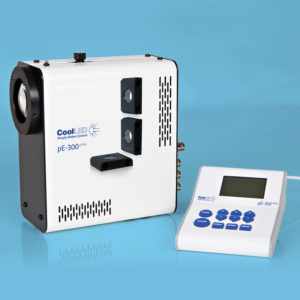