5 reasons to choose LED microscopy illumination for a confocal setup 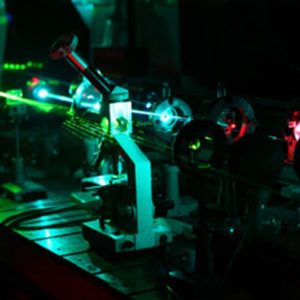 LED Illumination Systems have revolutionised widefield fluorescence microscopy, for example by enabling fast, affordable imaging and efficient control via software. However, our systems are also popular additions to confocal setups, replacing the mercury or metal halide lamps for widefield fluorescence observation when setting up a confocal laser scanning experiment. Here we explain the reasons why:

LEDs are long-lived, whereas bulbs frequently need replacing – and this can be easier said than done when accessing the lamp housing of a large confocal system. Moreover, the alignment required after replacing a bulb each time is tricky, but LEDs are factory aligned and are ready to be fitted to the microscope. This also saves cost, since disposing of mercury bulbs requires a specialist service.

Phototoxicity and photobleaching can compromise experimental results or limit time-lapse acquisitions. To put this into perspective, a light source at full power has been shown to reduce the fluorescence of Alexa Fluor 488 by half in just three seconds.1 Using gentle illumination during observation is therefore important to avoid damaging the sample before the confocal experiment has even begun – and this is easier with LEDs. Traditional lamps can only be modulated by inserting neutral density filters, whereas LED illumination systems allow fine irradiance control from 1-100% using simple sliders either on a control pod, graphical user interface or imaging software.

Lamps require a warm-up and cool-down time before they can be safely switched on again. Being electronically controlled, LEDs have instant on/off operation and can be switched on as required during sample observation, instead of being left on all day. This leads to further benefits…

A mercury lamp can consume more than 10 times more energy over 25,000 hours of use compared to an LED Illumination System.2 Mercury also poses a health and safety risk to laboratory staff, and is damaging to the environment.

Improved energy efficiency and removing the need for mercury disposal costs combine to make LEDs the more cost-efficient option over time. An independent study calculated a potential saving of £30,000 over 25,000 hours of usage with an LED Illumination System.2

The two most popular systems for this application are the pE-300lite, which offers simple white light as a direct replacement to a lamp, and the pE-300white where each LED channel can be independently controlled (and this can also be controlled in software).

The pE-4000 is often selected for microscopes which include several laser lines for a variety of different fluorophores. This is because it has the widest selection of wavelengths and users can easily illuminate samples at similar wavelength as the laser.

For sensitive samples, sample observation using transmitted illumination is gentle, and the pT-100 offers the greatest protection against phototoxicity and photobleaching.

If you would like to find out more about LED microscopy illumination for confocal systems, speak to your local reseller or please get in touch.

Hear from the experts!

Here are a few scientists around the world (and universe) with CoolLED Illumination Systems on their confocal setups: